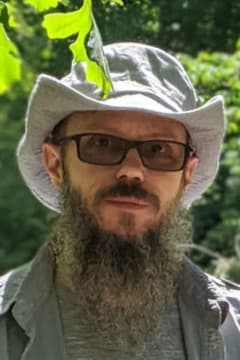 A precious bundle of holiday joy, Tom was born on December 17, 1972 to Ronald Everett Mann and the Late Joanne (Bakatselos) Mann in West Branch Michigan. Tom spent his early childhood years exploring the Northern Michigan countryside village of Sterling Michigan, where he charmed his family and community with his inquisitive nature. Even as a toddler Tom tinkered with anything that had parts to it. He began storing up a wealth of knowledge of how things worked from an early age; and carrying it throughout his life always offering to lend a hand to anyone he met. Tom’s early love of figuring out how to fix broken things developed into his profession.

As he was nearing his teens, Tom’s family moved ‘down state' to Ypsilanti Michigan where Tom would soon meet the love of his life, Michelle Wass. Tom and Michelle met while attending Faithway Baptist School in Ypsilanti Michigan. They became high school sweethearts through high school and beyond graduation. Tom graduated in 1991 and Michelle in 1993. They knew they were destined for a future together. They soon got engaged and married on January 26, 1995 in Ypsilanti Michigan.
Tom loved being active in his parents’ Martial Arts Studio in Canton Mi. He studied and achieved a 2ndDegree Blackbelt in Tae Kwon Do. Tom also gave back by helping instruct classes.
Tom always worked hard providing for their growing family. Which expanded rapidly as their 1st born son, Greg arrived in 1997 with Sean adding to their joy in 1999. Then in 2002 Andrew arrived, prompting Tom and Michelle to move from a starter home in Canton to buying a wonderful family home in Westland where he had already began working at Plastipak. It didn’t take long for Tom to get settled into Plastipak as an invaluable controls engineer. He remained a loyal member of the Plastipak community for the duration of his life. Tom left an indelible imprint as a person of great character and immense worth who profoundly impacted the lives of his colleagues.
Then in 2015, they received another great blessing. Tom and Michelle were expecting again. Alexander was the best 20th anniversary gift they could receive. This close-knit family was now complete.

As important as his work was to Tom, his faith and his family were always of utmost priority. With the same character and integrity he lived at work he exemplified at home as husband and father. Tom treated everyone like family. When he talked with you, you knew he was really listening and the warmth of his smile revealed the authenticity of his gentle, kind and compassionate heart.
Tom leaves us with a legacy of love and faith, which we see being carried on through the lives of Greg, Sean, Andrew and Alexander.

To you Tom, dearest husband and father, son and brother, uncle and nephew, cousin and friend:
Til’ when upon that golden shore,
we meet once more;
forever in our hearts you shall be!

As an expression of sympathy,
donations, condolences and prayers may be made at: