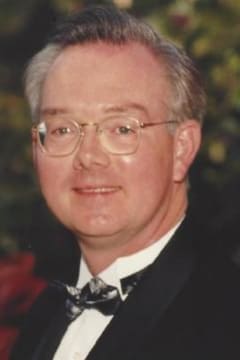 Stephen Eugene Stewart, of Canton, Mi, passed away at the age of 70 on October 28, 2022. Born on May 4, 1952, Steve was the son of Frank Stewart and Florence Fay (Stewart) Dickason and a loving stepson to Gene Randall Dickason of Marion, Ohio, all who proceeded him in death. Having graduated from Harding High School in Marion Ohio, Steve attended Ohio State University-Marion where he studied Journalism. His long and successful career started as a popular radio announcer for WMRN-Marion and recognizing his diverse talents, the station quickly promoted Steve to News Director. Steve’s reputation for leading his team in investigative news provided for Steve’s acceptance of News Director for WSPD/WLQR radio in Toledo, Ohio. At WSPD/WLQR Steve rose to Operations Manager before being hired away to be the Director of Programming and Operations for WBNS-FM, Columbus, Ohio. Steve talents were immediately missed in Toledo, Ohio and he was enticed to return as the General Manager of WSPD/WLQR. Steve’s creativity and direction for special shows and programming elevated the ratings for both stations during his tenure. Wanting to also continue the use of his on-air talents, and in a private studio in Toledo, Ohio, Steve was instrumental in co-creating a Saturday syndicated program known as The C.A.R. Show ®. As the Executive producer and Co-host with Roger Kwapich and Dan Pietras, Steve’s sardonic wit and golden vocal cords would define him as the “Voice of The C.A.R. Show ®” and the show quickly began to grow in popularity in multiple markets over many radio stations. Steve’s career advanced to the larger market of Detroit, Michigan as the Operations Manager of WJR radio. The C.A.R. Show ® moved with Steve and continued its broadcast from the Automotive Capital of The World, and the studios of the flagship station, WJR (760am) and other stations around the country. Steve will be greatly missed as The C.A.R. Show® continues to air in his honor and in his memory. In more recent years Steve’s intuitive investigative talents added to his career portfolio a position at Huntington Bank in the internal investigations department. In addition, Steve’s high level of respect for law enforcement led Steve to join the Wayne County Sheriff’s department where he received the promotion of Deputy Chief. Steve is a namesake and survived by Uncle Harold Eugene Newell, wife Ilene and their 6 children. Memorial Services will be held on Wednesday, November 16th, 2022, at 11:00AM at the Citadel of Praise, 20280 Lyndon St, Detroit, MI 48223. Donations in Steve’s honor can be made to: Wayne County Sheriff’s Reserve Officers Foundation, 4747 Woodward Avenue, Detroit, MI 48201. [This is a 501c3 foundation. Please indicate “In memory of Stephen E. Stewart”]