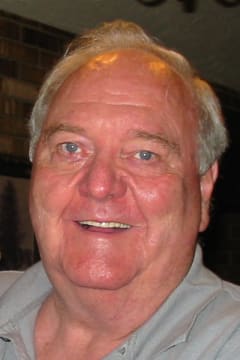 Robert Lee (“Bob”) Shay of Garden City, MI, died of natural causes at Beaumont Royal Oak Hospital on April 22, 2021 at the age of 81, surrounded by family both remote and in person. He was born August 7, 1939, in Soldier, KY, the youngest son of Allie G. and Beulah May (Rayburn) Shay. He married his high school sweetheart and love of his life, Alice Mae Burchett, and they settled in South-East Michigan, though he always called his beloved Kentucky “home”. They celebrated 61 years of marriage on April 16, 2021.His love as a youth was basketball, and as an adult he was an avid Michigan State fan. His professional training was in tool and die, but he worked later as a semi-truck driver for Central Transport and was a member of the Teamsters Union. He was pleased that co-workers often asked that he back their tractor-trailers into tight spots for them. Cars were his passion through life, and his retirement was joyfully filled in delivering vehicles across the country with Alice for Corporate Fleet Services. He attended and loved his Parkview Baptist Church family in Livonia, MI. Bob had a keen sense of humor and the ability to always make those around him laugh, especially while sipping on a Pepsi! In addition to his parents, Bob was preceded in death by sisters Mildred Pauline Shay, Geraldine Mae Adkins and Allie Dora Alliman; and brothers Hubert E. and James Edwin. He is survived by his wife, Alice Mae (Burchett) Shay, and his five daughters: Robin Janine Shay of Garden City, MI, Paula Renee Hinckley and husband Scott of Tyler, TX, Lisa Annette Price and husband Paul of Garden City, MI, Karen Lynette Cole and husband John of Westland, MI, Diane Michelle Smith and husband Patrick of Frankston, TX; four grandchildren: Bryan Bates and Justin Bates (sons of daughter Paula), Robbie Price, and Christopher Smith; sister Mary Wells of Olive Hill, KY, sister-in-law Esther Shay of Georgia, and many nieces and nephews. It is always difficult to say farewell to a Husband, Daddy, Papaw and Friend, but we will always remain thankful for the guidance that he passed on to us. “That man is a success, who has lived well, laughed often and loved much; who has gained the respect of intelligent men; and the love of children; who has filled his niche and accomplished his task; who leaves the world better than he found it; who has never lacked appreciation of earth’s beauty or failed to express it; who looked for the best in others and gave the best he had.” – Bessie Anderson Stanley. A visitation will be held at Northcutt & Son Home for Funerals in Morehead, KY, on May 29, 2021 from 11:00 a.m. - 1:00 p.m., with a service of remembrance to be held at 1:00 p.m. Burial will be held directly following the service at Forest Lawn Memorial Gardens in Morehead, KY. Those who wish to remember Bob in a special way may make gifts in his memory to the Lupus Foundation of America, https://www.lupus.org/give/ways-to-give.