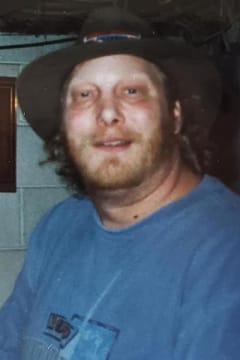 Mark was born on June 4, 1961 in Detroit, Michigan, to Harold and Carol (St. John) Wooden. He was the older brother to his sister, Julie, and brother, John. At age 12 his family moved from Brooklyn, Michigan, up north to Grayling. He graduated Crawford AuSable High School in Grayling, Michigan in 1980. He joined the United States Army the same year. He studied psychology at Central Michigan University 1992.

On October 4, 1980, he married the love of his life Kathryn Johnson in Grayling, Michigan, and together they raised a daughter, Michelle, and a son, Shane.

On July 25, 2012, he married Joan Kalish and enjoyed travel, music, and wonderful companionship for many years.

Mark had a passion for painting. He also loved to fish and the outdoors where he enjoyed many camping adventures. He was an avid music lover; he was a knowledge guru of everything music. He played drums, bass guitar, and was a song writer and singer.

He was known for his quick wit, irresistible laugh and his kind and compassionate spirit.

Mark was preceded in death by his father, Harold Stephenson, and his wives, Kathryn, and Joan.

A private Memorial & Celebration of Life will be held with immediate family and close friends where Mark’s wishes will be symbolically honored by rising his spirit up to Valhalla on a Norse Long Boat funeral pyre.

He will be deeply missed by his family, friends, and all who knew him.