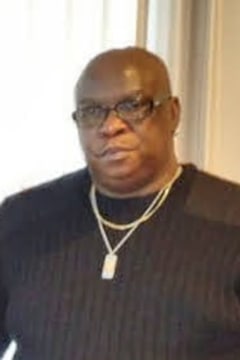 Earle Thomas Watts was born to Otis & Carrie Watts on December 10th, 1948 in Charlotte, North Carolina. He was one of eight siblings and they all moved to Detroit, Michigan in 1956. Here he finished his elementary and middle school education before later graduating from Chadsey High School. On June 23rd, 1973 he married Ivory Gilmore.

After moving to Lansing, Michigan, he attended Michigan State University where he became a member of Kappa Alpha Psi Fraternity. He left MSU to work for General Motors. On February 9th, 1977 he completed his Apprenticeship in all branches of a Pipefitter and became a certified Journeyman. He worked for General Motors in Lansing, Michigan for 25 years.After retiring, he spent his free time enjoying Music, Photography, Computers, and an array of other activities. He was able to use his knowledge in computers when he went to work at a Used Computer store.

In 2015 Earle became ill suffering from health issues, Diabetic complications, and early stages of Dementia. His daughter stepped in to assist with his care and had him moved to a Senior apartment in Allen Park where he would be closer to her. He continued to battle his health and Dementia for several years but could no longer take care of himself and was placed in a Nursing home December 2019. On September 18, 2021 God called him home.

Earle leaves a son Aaron (mother Bernice) and a daughter Nyla (who he had with his ex-wife Ivory). He has one sister Shirley Chisholm and two remaining brothers Cecil Chisholm and Mack Chisholm. His other four brothers James (Joe) Chisholm, William (Bill) Chisholm, Clarence Chisholm and Ray Watts preceded him in death. He also has a host of other relatives and friends